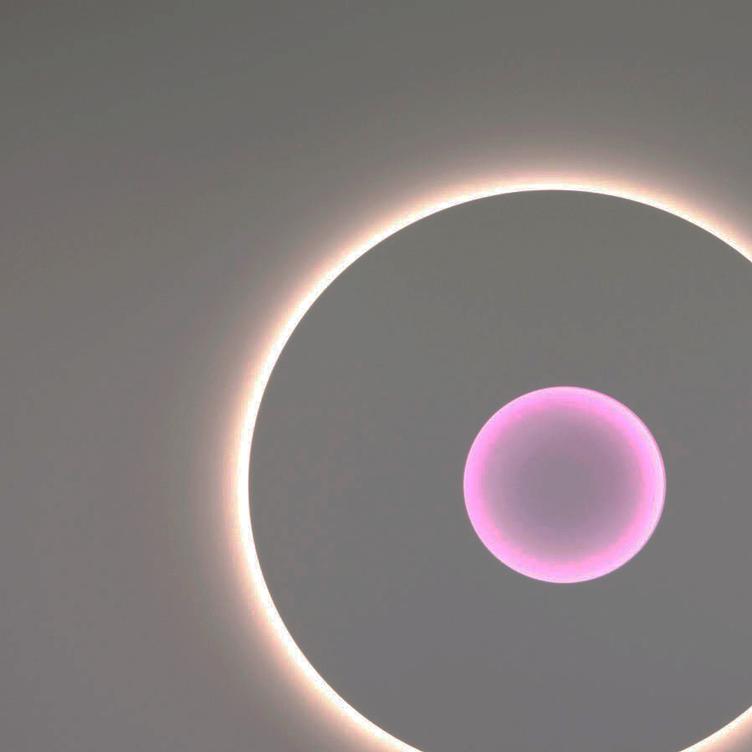 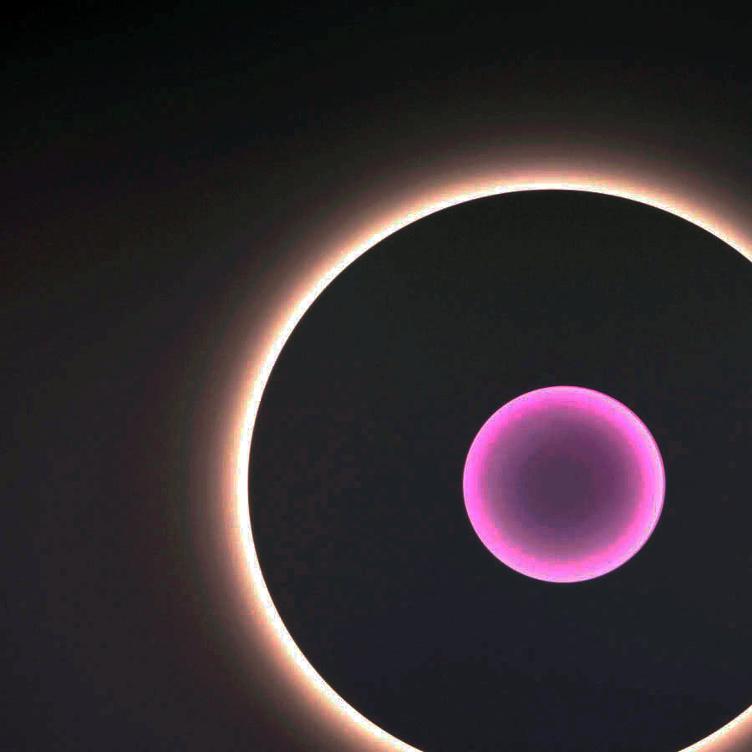 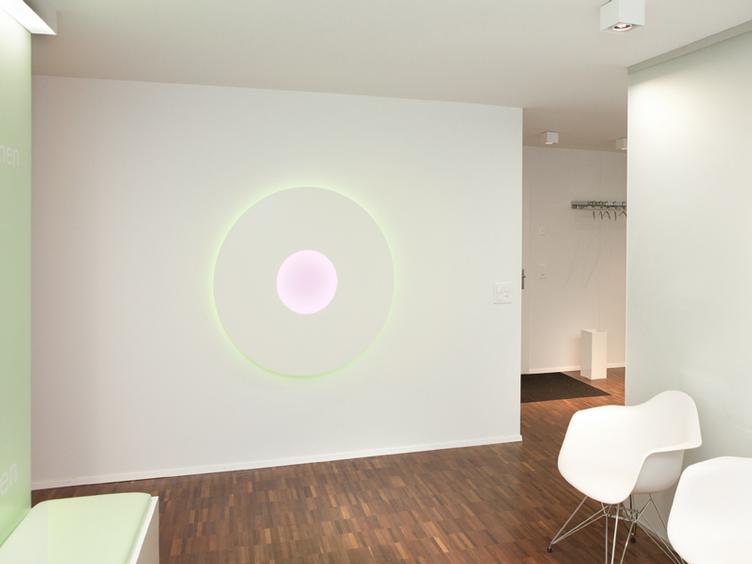 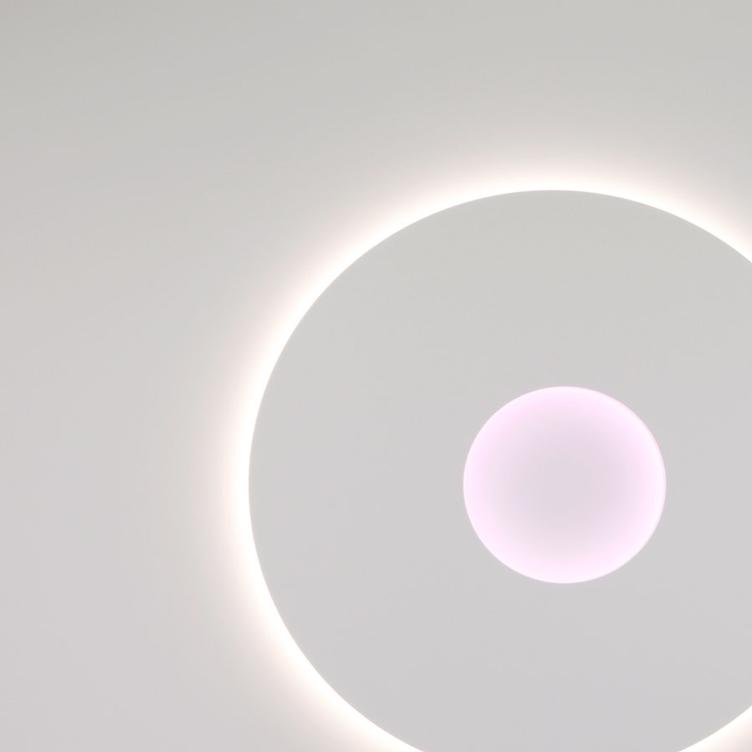 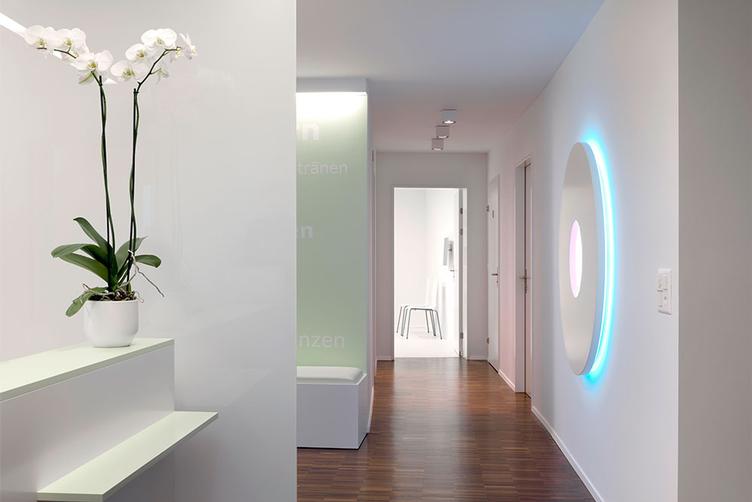 In front of the wall OYO floats smoothly but supportive, merging with it into a unity which opens the depth of the space. she magically attracts the observer`s attention and captures him with her slow-motioned color scenes. It`s not just the color, that counts, but also the intensity.
Similar to planets orbiting the sun, never being on a straight line at the same time, the inner and outer circle oy OYO will also never have the same color. This is ensured by four independently controlled units.